In a country divided between those who see Chavez as a hero and those who see him as a dictator one man is speaking out. Click this link to watch the testimony of Venezuela's youth struggle for change: Challenging Chavez - Activate - Al Jazeera English
Publicado por Lecumberry en 15:51 No hay comentarios:

From the Desk of Our Executive Fellow: Electoral trends in Venezuela 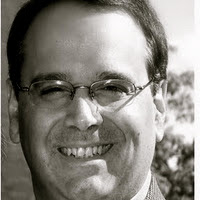 The Venezuela Initiative is sponsoring a series of roundtables to discuss Venezuela's 2012 electoral prospects. The series initiated yesterday with Jose Antonio Gil Yepes, head of Datanalisis. Looking into the findings of the latests opinion research data, the participating Fellows of the Venezuela Initiative came to the following conclusions averaging all numbers from a selection of polls, including those from Datanalisis:

The "Primary effect" was also part of the analysis by our fellows, concluding that having a number of presidential hopefuls from the emerging generations of leaders campaigning around the country and mobilizing support, with an image and message of unity, has a significant influence in the positive trends registered by the polls. This primary effect is on contrast with the sort of paralysis on the government front due to the health issues of the President. An additional factor that shall influence the trends is the focus of the opposition leaders in delivering a moderate and issue specific message, targeting the growing discontent of undecided voters over the failed promises of the government. This strategy leverages as the government seeks the radicalization of his course of action.

In regards to the opposition primaries, two key issues are in observation by the fellows:

Summarizing; the Governor of Miranda Henrique Capriles from Primero Justicia (PJ) became a 3 to 1 front runner after his national support grew strongly and steadily during the struggle of Leopoldo Lopez from Voluntad Popular (VP) against his political disqualification by the government. On the other hand, it is expected that the Governor of Zulia Pablo Perez from Un Nuevo Tiempo (UNT) will capitalize the base of support of former presidential candidate Manuel Rosales (UNT), placing Perez in a solid second place followed by Lopez. The latest recent polling data suggests the following order among the MUD presidential hopefuls Henrique Capriles 40%, Pablo Perez 26% (up from 11%) and Leopoldo Lopez 9% (just before the Inter-American Court ruled to his favor in regards to the disqualification challenge). The question remains whether the Supreme Court will enforce the InterAmerican Court decision favoring Lopez, something the government has voiced to strongly oppose. If the electorate perceives that Lopez candidacy runs some sort of risk of dispute over his qualification, he is likely to become a "power broker" in the primaries, rather than a challenger to Perez and Capriles. As of today Capriles has received support from a large number of political parties in the MUD, including dissidents from Chavismo such as Podemos. Pablo Perez is also broadening his support base beyond UNT. It is expected that by mid-Octuber the historical social-democratic party Accion Democratica (AD) -the third largest in the MUD- will very likely support Perez, a former AD militant. However, there is an alternative for AD, the Major of Caracas Antonio Ledezma, also a former AD leader, whose positioning in the polls continues very low, thus, unlikely to be a a clever move for the social-democrats.

Other key players to watch are:

Most importantly, in spite of these trends and coalition building processes taking place in the primaries, the candidates and political parties integrating MUD have signed a Governability Pact that commits all of them to the primary election process, and a coalition government after winning the Presidential elections. The Primaries of MUD will take place in February 12th 2012. The Presidential election was scheduled for October 7th 2012. Elections for Governors are scheduled in December 2013, and local elections due in April 2013.


In the government front Datanálisis, reported that popular support for President Hugo Chávez was at 58.9% in September, up 10 percentage points since July’s 48.6%, however, 58% of respondents were against the idea of his re-election in 2012. The logical reading of this trend is that Venezuelan voters are sympathetic towards President Chávez’s battle with cancer, but that does not  translate in voting intentions.  Voting intentions for Chávez are at 40%, up from 31% in July, underlining the fact that 2012 will be a fierce battle for floating, undecided voters, numbering some 2m of the 18m electorate.

According to Luis Vicente León, a director of Datanálisis, the government had managed to turn the president’s illness into a positive. This is largely thanks to President Chávez’s regular public statements, his characteristic use of fighting language and his relentlessly upbeat self-prognosis. Added to this, León noted, an increase in the local money supply in recent months (thanks to soaring oil export prices), which has put more cash in people’s pockets and boosted consumption. The national statistics institute (INE) yesterday hailed the fact that the percentage of households living in poverty was 27.4% in the first half of 2011, compared to 49% in the first half of 1998, immediately before Chávez was elected president for the first time.  Extreme poverty dropped to 7.3% from 21% over the same period. Yet the latest figure was actually a slight increase on 2010, when first half household poverty was 26.8%.

The polling data from Datanálisis underlines the fact that the president’s personal bond with his base of support is so intense that no-one in his party could conceivably win the 2012 election for the ruling Partido Unido Socialista de Venezuela (PSUV). Thus, Chavez health is a critical issue for the ruling party.
The Venezuela Initiative Fellows will continue to monitor the primaries and 2012 elections, while assembling an ambitious project aimed towards three objectives:

No doubt the scenarios are very different in Venezuela these days. While Chavez health remains a classified secret during his cancer treatment, one thing is visible: "La Unidad" is in the offensive.

With polls indicating that the popularity of the country's strongman Hugo Chavez is well below 45%, and the approval ratings of his government falling under 35%, the once fragmented opposition has reinvented itself.

To begin, despite all sorts of abuses by the government, including the Gerrymandering of all electoral districts, the electoral victories of the opposition acting under the unity promoted by MUD speak volumes. The 2007 election brought 6 governors and several majors to office. Two of them, Henrique Capriles (Gov. of Miranda) and Pablo Perez (Governor of Zulia) have become serious challengers to Chavez in the polls, based on the their successful regional performances, contrasting with the national government inefficiency. Indeed various pollsters are in agreement that if one of them becomes a candidate of the unified front against Chavez, the chances of winning the election are high. Reinforcing this trend is the fact that in 2010 the unified opposition came back to the National Assembly with a colorful parliamentary representation. Although holding the minority of the seats, due to the redistricting imposed, la Unidad received 52% of the national votes.

And the scenario of unified candidate is now certain. There will be one voting card in the presidential ballots on October 7th 2012, after a primary election to be held February 12th 2012. Moreover, the political alliance has reached an agreement to run with a unified political and public policy platform known as Compromiso de Gobernabilidad, together with a comprehensive set of 100 public policy prescriptions to deal with the priorities of the Venezuelans.

While some doubt there will be fair elections, the opposition has increased its capacity to monitor fraud in more than 80% of the ballot boxes across the nation, and is coherently working to bring international electoral observation from the OAS, the European Union and other key institutions. Most importantly, the youth have taken a major role in the strategy mobilizing millions of new voters to register and participate in the upcoming elections.

The government is paralyzed with its once promising social initiatives ("las Misiones") falling behind expectations. In spite of high oil prices the economy is downwards, energy and food shortages are the norm; while insecurity in the major cities of Venezuela have become insurmountable, with violence reaching among the highest levels in the world.

In the past few weeks the presidential hopefuls participating in the primaries organized by MUD are in the streets, knocking doors, visiting people all over the country's social spectrum, with a message of change that reflects unity and inclusion.

Winds of change blow in Venezuela with the opposition consolidated as an unified power alternative.